Mahishasura Mahishasura is a Sanskrit word composed of mahisha meaning buffalo and asura meaning demon, or “buffalo demon”. As an Asura He is known for his deception and as someone who pursued his evil ways by shape shifting into different forms He was ultimately killed by Goddess Durga getting named Mahishasuramardini. It is an important symbolic legend in Hindu mythology

There is an untold story of Mahishashur and their descendants. Modern discoveries are revealing clues that the myth more than symbolic has some clues to history. Could this Buffalo Headed king be no Aryan race such as Dravids getting conquered by Aryans

The legends narrated during Durga Puja talk about how Mahishasura gained so much power, and was sexist enough to not believe he could be killed by a woman.

As legends have it, Mahishasura was a king with the head of a buffalo. He was a staunch worshipper of Lord Brahma. After years of penace by Mahishasura, Brahma was finally pleased and offered him a wish. Mad with power, Mahishasura demanded immortality. His wish was that he should not be killed by a “man or animal” on the face of Earth. Brahma granted him this wish, and then told him that a woman will be the end of him.

Mahishasura believed that there is no woman in the world who could cause him any harm. The legend continues, Mahishasura, high on the power of “immortality”, attacked Trilok (the three worlds of earth, heaven and hell) with his army. He even tried to capture Indralok (the kingdom of Lord Indra).

The gods decided to wage a war on Mahishasura but due to Lord Brahma’s boon nobody was able to defeat him. The gods thus approached Lord Vishnu for help. After considering the situation, Lord Vishnu decided to create a female form to defeat Mahishasura. But since Lord Shiva is the god of destruction, they consulted with him. Brahma, Vishnu and Shiva combined all their powers together to give birth to Durga.

Durga is an incarnation of Goddess Parvati, the daughter of Himavan, the lord of the mountains. She is the mother-goddess — Shakti — the power that runs the universe.

Goddess Durga then fought Mahishasura over a period of fifteen days during which he kept changing his shape to become different animals and misled her. Finally when he transformed into a buffalo, Goddess Durga stabbed him with her trident and that was the end of him. Mahishasura was defeated and killed on the day of Mahalaya.

This story is widely narrated during Durga Puja.

MAHISHASURA AS THE NON-ARYAN KING

Another tale that dates back 3000 years says that Mahishasura was a non-Aryan king whose people worshiped the buffalo. Mahishasura’s power knew no bounds as he defeated many Aryan kings in the northern kingdom of Aryabarta.

Thinking that he couldn’t be defeated by a woman, he send out messengers to the queen to become his consort. The queen kept refusing but Mahishasura was not to back off easily and kept sending messengers. Meanwhile, the queen was planning an attack on the buffalo king.

Mahishasura’s army was too worn out to protect themselves from the queen’s army. Mahishasura himself thought that he could defeat the queen but she killed him with her spear, tore his chest and fed him to his pet lion.

very festival has a legend or a myth surrounding it. Navaratri and Dussehra are no exception. The underlying theme of every story is that good overpowers evil.

Mythology abounds in tales of courage and valour where good triumphs over evil. Read on to discover the legends behind Navaratri and Dussehra.

Long long ago, buffalo-demon Mahishasura won the favour of Lord Brahma with his long and hard penance. He prayed for immortality. In return, Lord Brahma granted him a boon that no man or god could kill him. Do you see the loophole here? Well, Mahishasura didn’t. He promptly and arrogantly unleashed a reign of terror on Earth. Such was his cruelty that he even attacked heaven — the abode of the gods. The mighty gods — Brahma, Vishnu and Shiva — decided that enough was enough. They came together to create the only force that could put an end to the demon — a woman powerful enough to defeat him (the boon only spoke about a man or god, not a woman).

When this woman was created, there was a blinding light — so bright that even the Sun paled in comparison. With 10 arms, each equipped with a dazzling weapon (a chakra, a trishul, a thunderbolt, a sword, a flame and more) and a mighty lion to ride upon, Goddess Durga certainly was a force to reckon with.

The battle, as they say, was epic. Goddess Durga fought Mahishasura for 10 whole days. The shape-shifting demon was no match for the radiant and strong goddess. On the tenth day, she slayed him. The nine days of battle became what we celebrate today as Navaratri, and the tenth day — the day of victory — is Vijaya Dashami. Goddess Durga earned the title Mahishasura Mardini — the slayer of Mahishasura. 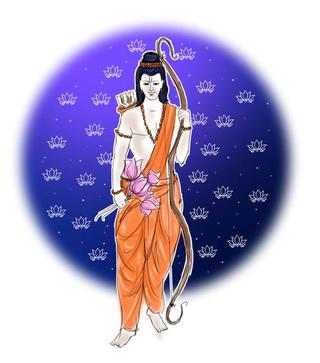 Another Navaratri legend is closely associated with the Ramayana. We know the story of how Lord Rama battled with the demon king Ravana in Lanka. It is said that before starting for the battle, Lord Rama wished to get the blessings of Goddess Durga. The puja required 108 blue lotuses, but Lord Rama could gather only 107. He decided to offer one of his eyes, which resembled a blue lotus. Just when he was about to do this, Goddess Durga appeared and granted him her blessings. Lord Rama emerged victorious in the battle, killing Ravana on Vijaya Dashami. 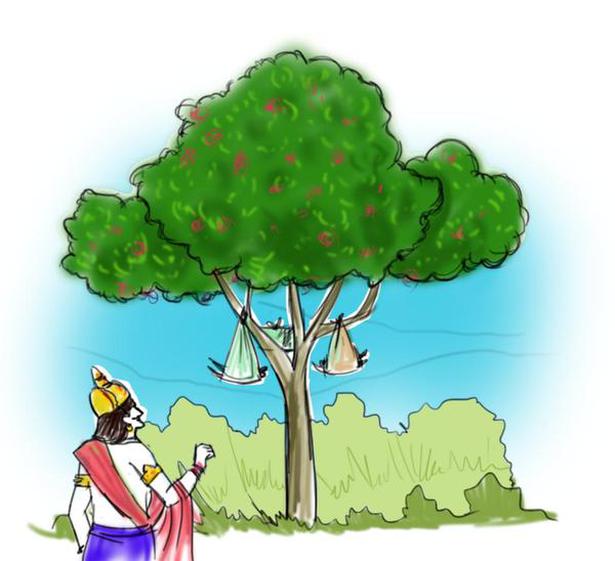 As the story of the Mahabharata goes, when the Pandavas lost the game of dice to the Kauravas, they were forced to live in exile in a forest for 12 years, after which they had to spend one year in disguise. If they were seen and recognised in the last year, they would have to go into exile once again. The Pandavas decided to go in disguise to the kingdom of Matsya. Before going there, they wrapped their divine weapons in a cloth and kept it on a branch of a shami tree. Their last year in exile was over, and they were able to retrieve their weapons on Vijaya Dashami, after worshipping them. This corresponds to the present-day tradition of worshipping the implements that are a part of our lives on the ninth day of Navaratri.https://www.thehindu.com/children/spellbinding-stories/article25187787.ece

Snakes, Serpents, and the Dragon Mythology

Sumerian and Greek Gods may be the same Deities